This past weekend I had the pleasure to attend the Stuart McGill – Gray Cook Summit at Stanford University hosted by Dr. Craig Liebenson. I’ve allowed the information to gel for about a week as I considered how what I learned may affect my practice on a day-in and day-out basis. One of the most refreshing takeaways from the weekend was a sense of collaboration between the parties involved. What had all the potential of turning into a contentious weekend with various camps trying to defend their area of expertise, turned into a Kumbaya moment with all involved focused more on how we can combine our resources to help others rather than fighting amongst ourselves. Since I greatly respect both of these individuals and use their approaches in practice daily, I was excited to see that mutual respect on stage and in the break-outs.

Click Here to Get the DVD of the McGill-Cook Summit at Stanford!

A recap of the summit has already been well laid out by Dr. Bobby Maybee, Patrick Ward, Dave Draper and Dan John, so I wanted to focus this post on the clinical gleanings of the weekend. Let’s get solution oriented and try to build a better mousetrap shall we?  I’ll start with the pros of the FMS that all of us in attendance seemed to agree on…

— allows the trainer or coach to quickly screen a group or team and take painful movements off of the training floor and put them in the clinic prior to training.

— establishes a numerical rating system and nomenclature that allows better communication between rehab and performance professionals. To my mind, this is somewhat analogous to getting a drivers license and learning to read road signs.

— helps bring exercise as an intervention into the clinical environment.

My personal feeling is that if we stop right there and the FMS never does anything else…then it has provided an invaluable service with those things above. Let’s don’t put it out to pasture quite yet though, huh? Let’s talk about what needs improvement…

Common errors by novice users of the FMS were discussed by both Gray Cook and Stuart McGill and they both agreed that these result in problems with the FMS in general. If you’re guilty of these errors, stop! You’re making the FMS look bad!

1. Training decisions based on the summed total of the screen rather than attacking low values and asymmetries.

2. Assuming that the presence of 0’s, 1’s or low summed total score does not mean the client can’t train, you just have to be smart about how you do it. It also means you need to know if you’re smart or not. 🙂

3. Many novice users perceive that an adequate score on the FMS is sufficient information to load volume and intensity without further assessment.

These issues represent poor use of a good tool so better education and chats like this can help to improve that, hopefully. Now let’s discuss some of the places where the chassis the FMS is built on might need some work.

1. It does not predict injury as well as hoped. Some subgroups it works okay in, but in the general population not so well.

2. It does not account for lumbar hinging, i.e. loss of lumbar lordosis with movement.

3. It still does not account for lumbar hinging. (See what I did there?)

4. A good score on basic movement does not necessarily mean that that movement quality will transfer to daily tasks.

Dr. McGill consistently brought evidence to the table to suggest that if we are to assess injury risk then these specifics need to be accounted for:

1. Understand the biomechanical challenges, loads, and exposure variables associated with a particular task or sport.

He showed studies he’s done (in preparation for press) that show that you can score a 3 on an overhead squat on the FMS and then still show crappy form picking up a coin from the floor and with other daily squatting and lifting movements.

So coaching of movement quality is a good idea that evidence suggests can prevent injury? I like it! So what does that look like? The demo session in the afternoon at the summit provided a glimpse.

A volunteer from the audience, Will Nassif, was 1st screened using FMS on stage by Dr. Kyle Kiesel and Dr. Mark Cheng. Will received a score of 15 with no zeros or ones. Of note, he scored a 3 on the squat test.

Subsequently, Dr. McGill attempted to demonstrate some of the specific tasks that he recently applied to a firefighter community. One of those tasks included a loaded rope pull, hand-over-hand. In positioning Will in a good neutral spine, braced position, Dr. McGill noted an antalgic positioning in Will’s lower back as he placed his hand on the lumbar spine to palpate his movement quality in that area on set up. At this point he asked will if he had previously had a disc injury. It was revealed that he had and that he had been rehabbing it (BTW, Will gave permission for this public revelation of his status).

In the set up for the hand-over-hand rope pull, Dr. McGill repeatedly positioned and coached Will through the movement to preserve a neutral spine throughout. As an aside here, I have to take issue with my friend Patrick Ward’s ending note in his excellent recap of the weekend when he stated that McGill’s approach to movement screening is to “put the person under load and see what happens.” From my experience with Dr. McGill over the years, I can say that his history, movement assessment and manual exam are exhaustive. As Stu pointed out, this process takes about 3 hours. Patrick and I chatted about this over pints and agreed that the overall process we observed on stage was what we should all doing in good practice. Do a general movement screen to see if the person can tolerate an unloaded challenge and then observe how the controlled loading affects the system. What Stu took care to do was to assess the integrity of Will’s L-spine position prior to loading.

Dr. Mark Cheng and I take turns being a “load on a rope”.

This pointed out the biggest thing that some of us see as a problem with the current FMS. There is no screen for quality of the movement about the lumbar spine. Some might argue that that info comes out in the hurdle step or the leg raise and I might agree, but when the picture below is presented as a 3 (by definition, movement that is exemplary and can’t be improved on) then some trainer is going to assume that that gives them license to load that back in that position.

I think I hear a train…

That back in that position might get by with that movement for a while but will likely fail in that spinal hinge sooner or later. To my mind, for durability, how you achieve the movement is more important than whether you can perform the movement. Could this gent get to that depth with a lumbar lordosis with corrective exercise? Possibly. But he may also have anatomical limitations that prevent that, like the s0-called “Scottish hip” that Stu has pointed out in the past. At Stanford, he once again brought this up in assessment of a couple of hips, pointing out that sometimes you might just need to avoid ATG squatting due to anatomy. Bottom line, squatting deeply has a point of diminishing returns past the point where you can maintain lordotic curve in the L-spine.

Below you can see what the genes and the training combined will allow in a world champion Oly lifter. My simplest recommendation would be make the 3 for the OH Squat look like Jerzy Gregorek’s below, with a well-preserved L-spine lordosis in the hole. All else is a 2 or less. 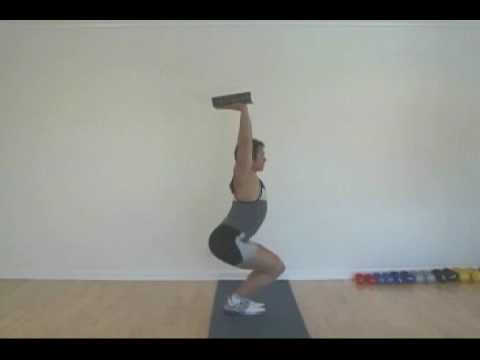 So what are we left with from the weekend? The way I see it:

In closing, special thanks to Craig Liebenson for organizing this party and to Gray and Stu for the time and courage to pull it off and to Laree Draper for archiving it. Now let’s get our there and help some folks!

Find McGill’s and Cook’s Methods Available for Your Clinical Use at MyRehabExercise.com